Be it writing, drawing, tracing, or any other - I have always tried to introduce concepts with playful things rather than using paper, pen.

Let's see how we can introduce the concept of addition and subtraction to a toddler.

I first wrote '2 + 1 = ' and asked DD1 to place the corresponding number of seeds under each number and then add the total number of seeds. When doing that way, in case of subtraction (p-q), she could not place seeds under the q, rather, she had to remove seeds from p. This might cause slight confusion, hence, changed our way of doing it.

Then we drew a big box where she keeps putting/removing seeds accordingly and then just count the total number of seeds present in the box at the end.

I started with just adding/subtracting two numbers and later moved to three. 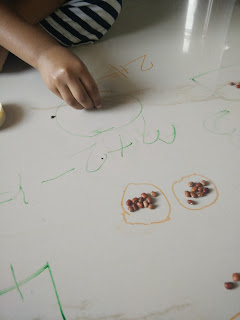 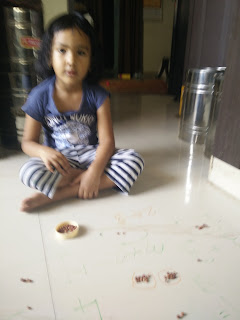 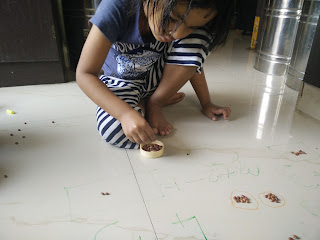 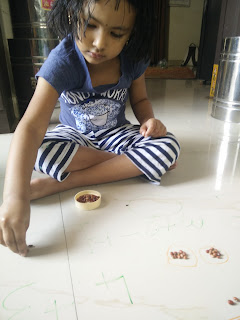 Not too long into it, DD1 wanted to form the question herself and solve it in her way. 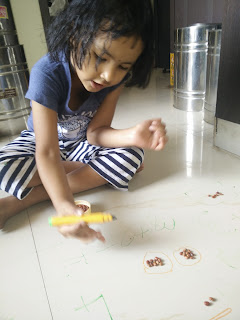 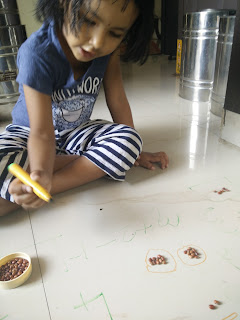 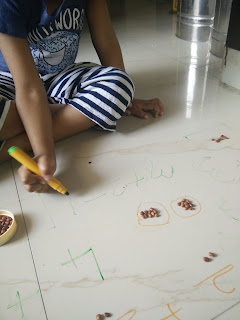 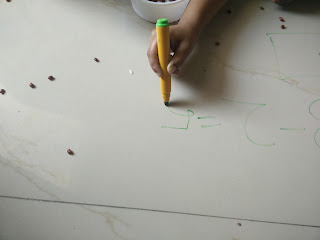 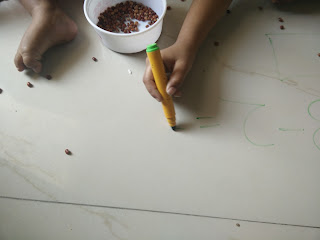 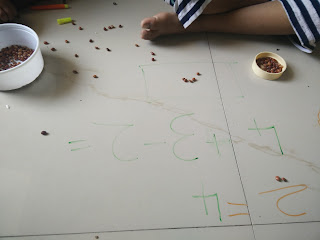 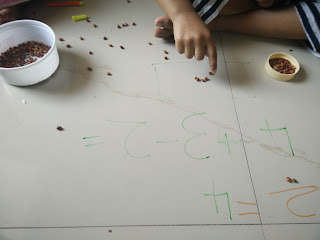 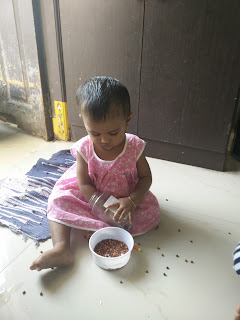 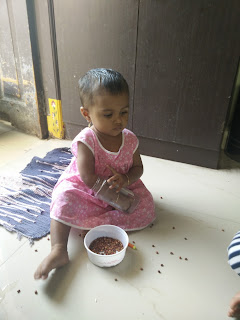 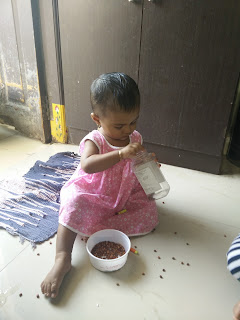 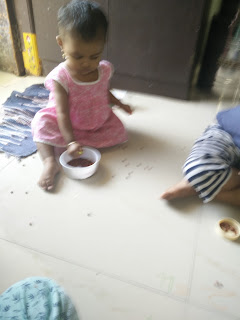 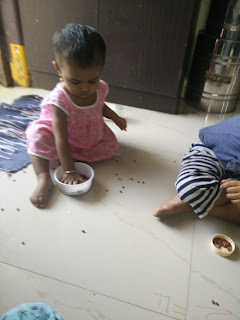 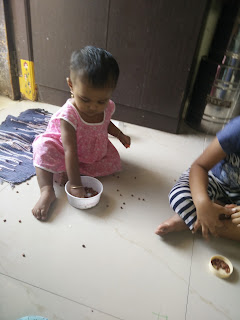