What is the purpose of going to school daily?

What is the purpose of teaching?

What is being taught in schools?

What is being learnt by the students?

Yes, there are many questions and for us to even understand and accept the fact that there could be questions on such an established system of education needs huge amount of unlearning of the learning that has happened in our childhood.

Do I seem complicated? For me, I never expected I would ever get such thoughts and questions on the school system, may be, because I was one student who always loved going to school, would cry if I had to miss even one day because of bad health, would always be alert in the classes, do all my classwork and homework so neatly that my notebook was always being circulated among various sections for reference, performed well even in sports, loved playing basketball, high jump and running races. Loved going to the library and computer class. Participated in almost all the extra co-curricular activities that the school had to offer - debate, skit, recitation, spontaneous speech presentation, singing. Been the class captain continuously for long periods of time. Had also sported 4 badges on my sleeve at an instance, as class monitor, house captain, first rank and something that I don't remember. All in all, I loved going to school and I fared well in all tests that in turn got me many praises in my time there. But, now, when I look back at life, I notice that most of the learning that happened in life has happened only when I was outside the four walls of my classroom. All that happened inside the class was transfer of words from book to brain and then reciprocating the same in the exam paper. By learning, I mean the spiritual learning, the emotional learning, the social learning, ways of dealing with different kinds of people, ways to choose our response in crisis and many other scenarios that we practically encounter in everyday life.

Also, as an example, as you read history from a school text book, you can find hundred other books that contradict the facts that are mentioned in the school history text book.

There are millions of resources to learn from, that are available on the internet.

For subjects like science and computer, it is always the practicals that make sense. Theory, which mainly consisted of memorising huge terms and definitions was probably not the only way to learn the concepts.


And, what the present system of education (PSE) mainly does is:


The simple fact that all children cannot be graded on a standard scale is not respected in the Present System of Education. Not every child will start talking by age 2 or 2.5 years. How can every child be able to write the alphabets by age 3.5/4 years. Why can't it be according to the child's interest and ability? Why are there standard tests for children of 3, 4, 5 years? Do the makers of the tests and parents even understand how a child's brain develops in those years (upto 6 years)? Is it not the peer-pressure that drives parents to go crazy about 'their child should do this by this age' kind of thing? And, the school, what interest does a school mainly have? School mainly would be interested in boasting of how many top rankers it has produced in the 10th boards, how their children as young as 4 will be able to excel in writing, how their students are always kept busy with one activity after another in international standards and the like.

What are we doing to the children?

What are the parents targeting for?

What is the learning that we impart to children?

And finally, What is the purpose of living?

In general, a child's brain is constantly developing until 6 years of age. A child has not yet gained logical, reasoning, critical thinking, analytical thinking skills until at least age 5. All that the child is growing up on, is love and only love. Children are born curious. Starting from birth, they keep observing their surroundings and absorbing any knowledge that their surrounding has to offer - be it material, emotional, psychological or spiritual. Because of the lack of matured thinking, their decisions or acts are usually spontaneous and misunderstood by adults as not being capable of or as being naughty. But, those are the times that the child needs utmost love from the family.

How was childhood spent in Ancient India?

In ancient days, the first 5 years are spent in close company with family, observing and taking part in the daily activities that the family members are involved in - growing food, rearing cattle, playing outside etc. In the 5th or 7th year, ceremony by name 'Upanayana' is performed for the child and the child is imparted with knowledge and wisdom by a Guru. Vedas were considered the ultimate source of truth and studying the vedas was like an everyday task. The knowledge gained mainly consisted of:

So, how did the Ancient Indian Education System gradually disappear? How did Present System of Education take its form?

Then, the world witnessed an epic industrial revolution. This, for sure, improved our daily tasks, increased trading between countries and led to economic growth, but, what has it done to the calm, serene ancient education and living?

The complete system of education had to be re written. Now, people needed to be trained on a particular skill so that they could run a machine and produce goods for a company's trade.

People no longer learn about one's own self or the universe, but, just about how a machine works and it's operation. Then, there began a competition of who is the most efficient user of the machine? Who should be rewarded for his speed of operation? Who should be shamed for his lack of interest in such machinery tasks? The schooling system had to be such that the student would be trained to be obedient and obey the rules of the organization when he moves on to work for salary. The goal of 'learning about the self and universe' has slowly changed to goals like 'earn more rewards', which could lead to 'earn more money'.

Where have we reached?

Aren't all the life goals overwritten?

What is the present system of Education doing to children?

It is taking in huge bunch of children with varied talents and skills, putting them across standard scales with very limited attributes and praising/shaming for their performance. 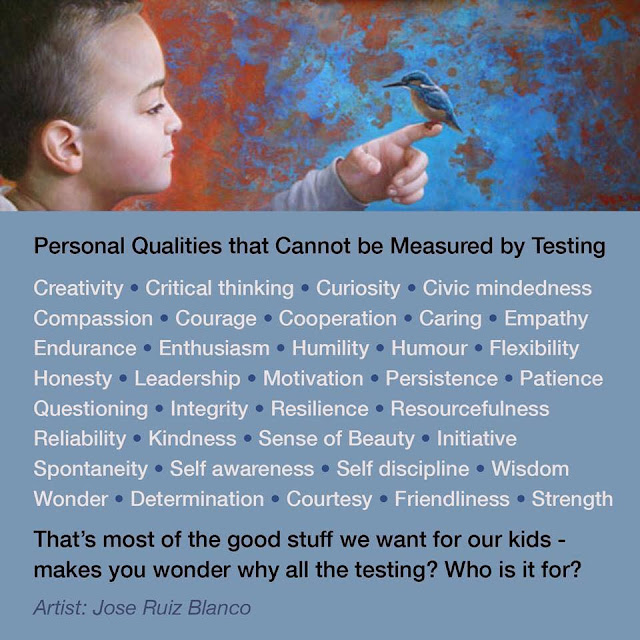 Did you ever wonder what the schooling system has done to you ? Do you ever assess what it would do to your child? 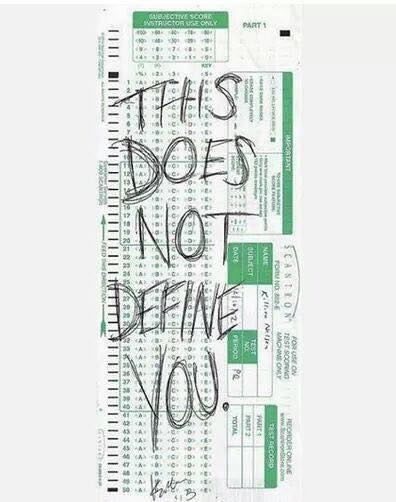 Look at life just as how a child would look at it. Stay curious. Do wonders.

Recommended to watch: Schooling the world

Recommended to read: How schools kill creativity? Schools are for industrial era

Popular series on how facts are twisted to public: Adam Ruins Everything