This activity involves colour, brush, hands and mess. Kids will surely love this.

Long time back, I had written A-Z, 0-9 on a chart paper when ananya used to crawl over it to identify the alphabets and numbers. I happened to notice that chart paper somewhere down the rack when I opened it up for another activity.

Hang the chart paper on the wall and ask your toddler to write/paint over the letters/numbers with the paint brush.

Explain the shape of each alphabet/number (as you hover over it with your finger) while she gets her brush towards the chart.

similar way for other letters and numbers 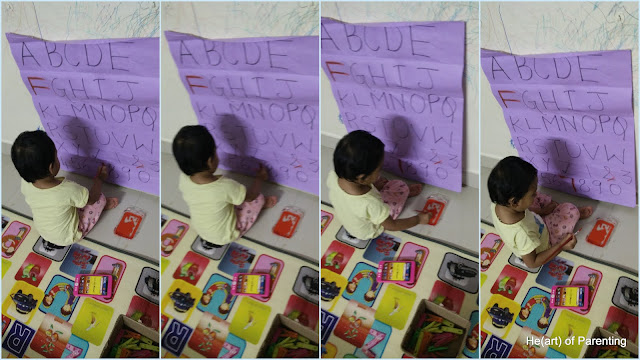 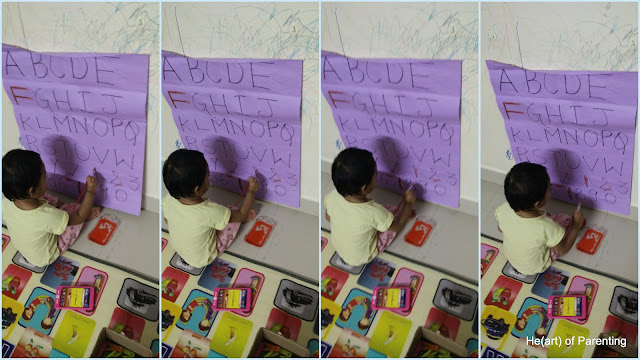 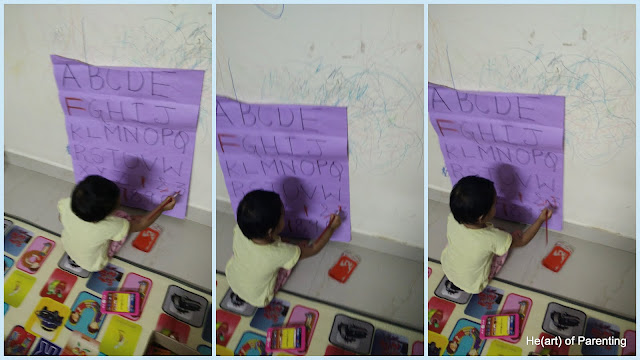 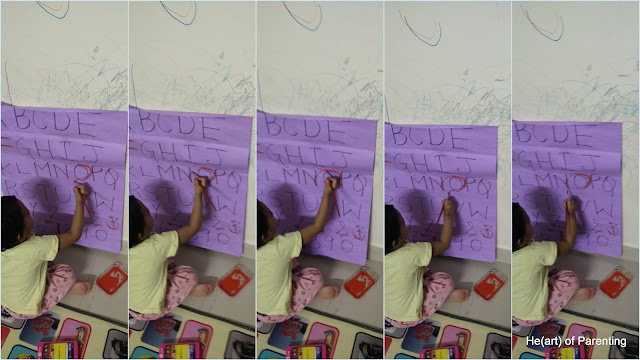 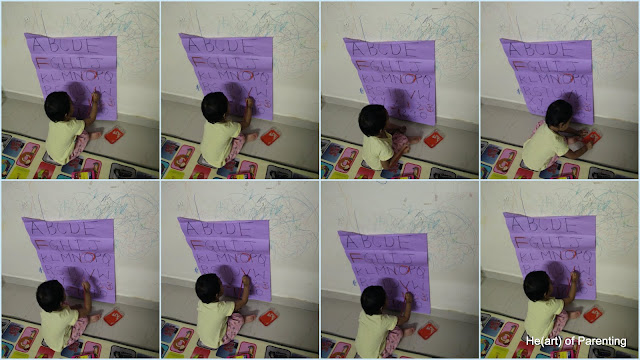 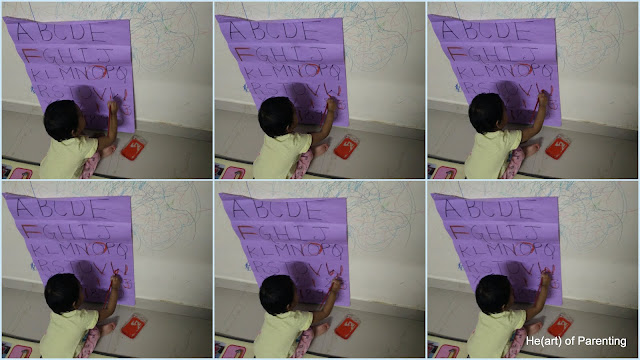 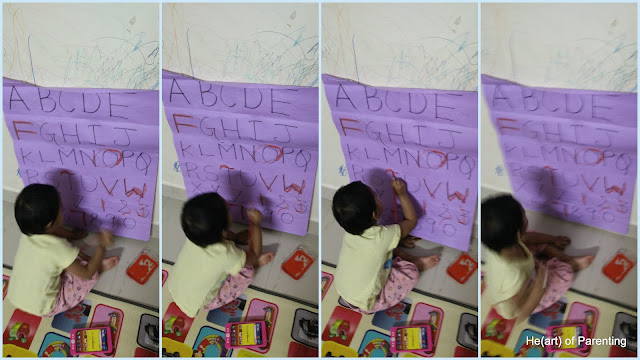 Continued tracing many other alphabets - the end result is this: 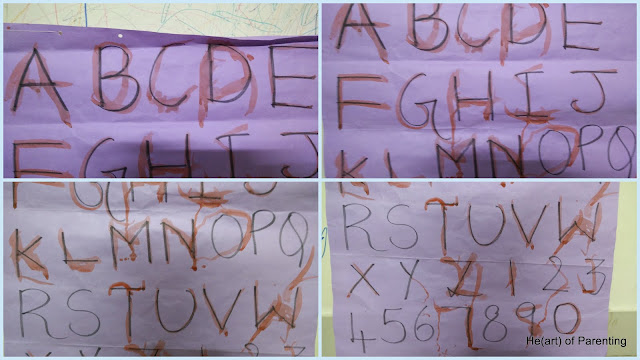 And when she wanted to put her hand in the colour - this is what we did. She first drew a BIG round, as she says, then some design and later hand print. 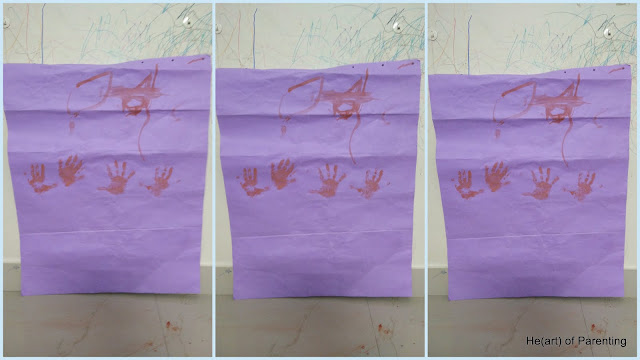