The energy of creation 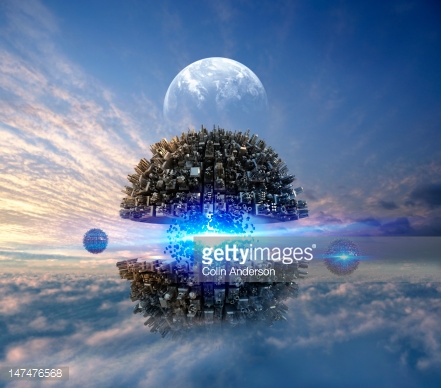 The phrases 'Our little bundle of joy', 'proud parents', etc. are very commonly heard from new parents or their near and dear. So, what was the bundle of joy? What or Why is the joy? and Why is it proud?

Parents claim themselves as creators of life. Is it really so? Who decided? Who created? and Who was the channel of creation?
In the vast quantum of energy surrounding this universe, we are negligible part. This energy, also called 'GOD' by few is neither the creator nor the destructor but a mere transformer between various forms of energy. We, as living persons are also made of this energy.

All these are merely various forms of the powerful universal energy, which, according to spiritual gurus is termed as the spiritual energy. Hence, the entire space constitutes of nothing but energy. Every living and non living being has a fraction of this energy or in other words fractions of universal energy has transformed into various forms on the planet - living and non living beings. (By the word 'fraction' I do not mean that a being is limited to just a  fraction of energy, any being is always a source of infinite energy). Remember, even a non living being constitues of energy, termed as potential energy in science. In essence, there is energy everywhere in various forms in the universe.

So, when the universal energy has conspired to transform a part of it as a living form and start its life on the planet, it chooses a channel to do this. That is the reason it is said that we choose our mother, our father, our time of birth, our friends, our relatives and every other single relation that we would have to be in during our stay in this body.

On a higher level, cause of birth is the universal energy. The one who is born is nothing but a lump of energy with facial features similar to those in society he/she/it has chosen to be born.
Now, on a relatively lower level, or I would say, on another plane of thinking, it appears that birth occurs as a result of intercourse between two genders of life and that the parents choose or decide the birth time depending on when they think they are ready to have child. They think they are the masters of creation. But the underlying point is their course of action is all being directed by the universal energy and they are merely a channel or tool by which energy in living form is brought into existence.

Every living being, having realised the reason or purpose behind its existence, should strive to lead a blissful life and merge oneself with universal energy eventually. It is indeed the duty of parents, who were the channel for bringing energy into a life form to guide and help their children realise one's purpose of existence or birth.

When a child realises his ultimate goal in life and spends time in achieving that, in knowing the self is when the parents can actually feel satisfied and proud that they have done what they were intended to do.